This is an excerpt from Doug Yeo’s post about his Butler bass trombone modification.

Doug Yeo – “Recently, I’ve learned WHY a carbon fiber trombone sounds so good. That’s because acoustically, a carbon fiber bell has very similar qualities to a brass bell. This has been scientifically determined. I commend two recent resources to those interested in more about the scientific basis for understanding the similarity between carbon fiber and brass. The first is an article by Hannes Vereecke and Wilfried Kausel, “Carbon Reinforced Polymer: An Alternative to Brass?” International Trumpet Guild Journal, Vol. 37, No. 1 (October 2012), 41-43. This is an excellent description of the acoustical properties of brass and carbon fiber as applied to brass instrument bells. The second may sound a bit surprising: Hannes Vereecke, The Sixteenth-Century Trombone: Dimensions, Materials and Techniques (Turnhout, Belgium: Brepols, 2016), 41-44. Vereecke is an acoustician who has studied musical instruments, particularly trumpets and trombones. His book on the sixteenth-century trombone is, to my mind, the best single volume devoted to construction and the playing properties of the Renaissance trombone, the instrument we popularly call the sackbut. In his discussion about the acoustics of brasswind instruments, he devotes several pages to a comparison of brass and carbon fiber. He concludes that:

“Playing tests revealed that the listeners were not able to distinguish between the sounds of the two instruments [brass and carbon fiber]. Therefore, it can be concluded that while the bell material affects primarily the playability of the instrument, in this case the difference in sound may be beneath the threshold of detection. CFRP [carbon fiber reinforced composite] has found a place in contemporary trombone design, and the same improvement in responsiveness is also confirmed there.”

This is not a toy. We are witnessing one of the most significant developments in trombone design and manufacturing since the invention of the F-attachment in 1839. This is not an exaggeration; of this I am quite serious. The future is now.” 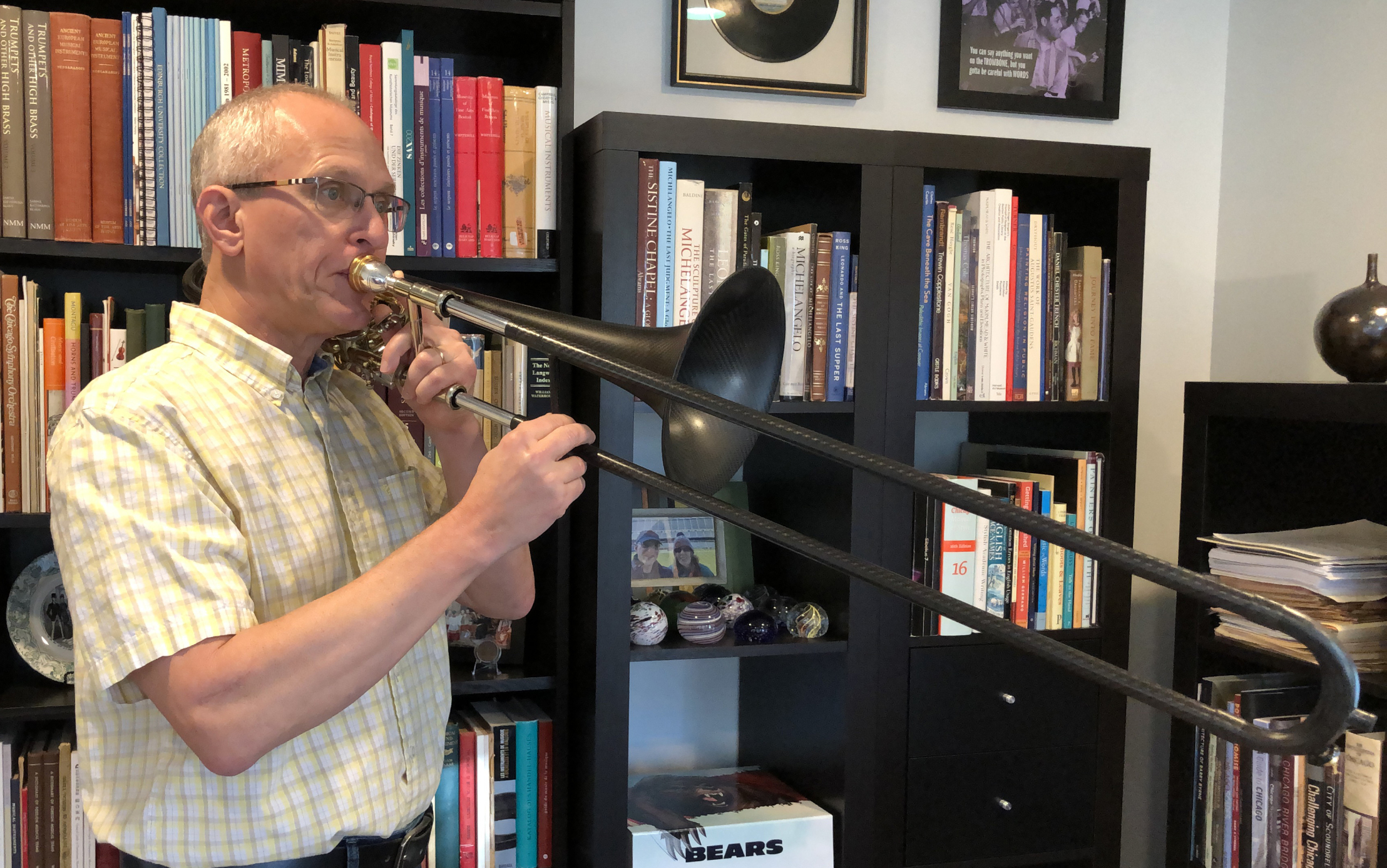